At Mel Trotter Ministries, I have the awesome privilege to work with the guests at the Youth Emergency Shelter also known as Y.E.S.  Youth are at the shelter for up to 21 days to help them get on their feet and plan for a move forward. That move might be entering one of the longer-term programs Mel Trotter offers, moving into the Youth House or simply securing a stable job and housing during that 3 week period.

The youth end up at Mel Trotter for various reasons. Many of those I’ve met have aged out of the foster care system. Some may have been kicked out of their home based on choices they have made like using drugs/alcohol. Some have been disowned by their families for identifying as LGBTQ. Others may come to Mel Trotter to escape out of a dangerous or abusive home situation. No matter the reason they are there, I show up 2-3 times a week with the desire to instill hope in their lives – the hope of a better future and the hope that only Jesus Christ can bring to someone’s life.

If you have read my story in the Mel Trotter newsletter you know that volunteering at Mel Trotter and in particular the Y.E.S. program was not on my to do list.  In fact, it is embarrassing to admit but I was afraid. I feared seeing gang violence, rampant drug use and dealing.  After I committed to volunteering, I honestly woke up one night in a cold sweat fearing I had been shot.  Thankfully, none of the above has taken place while I have been logging 6-10 hours a week at the mission.

Instead what has happened is that my heart has been changed. I have met new friends, experienced many new things and have grown immensely as a person.  When I signed up to volunteer (with a lot of prompting by the Holy Spirit and divine intervention) I thought it was all about me giving. It was somehow supposed to be restitution for what I had done in my life. I guess you could call it a penance.

Coming up on Tuesday, September 26, 2017 is the Mel Trotter Ministries Season of Hope event.  I personally am so excited to hear this year’s speaker, Ron Hall, who wrote the book Same Kind of Different as Me.  At the time that book was released, a good friend of mine was the marketing director at Thomas Nelson Publishing and he sent me a copy of the book. I read it and loved it so much that I had my friend send me a case of the book to share with others.  Ron’s story is a great story that resonates with many.  Little did I know that my story would soon mirror his story in a lot of ways.  Like Ron, I was living my own life, only interested in what I wanted until I had a major crisis in my life. Then, like him, I found my way to a mission to volunteer.  I came only because of some unbelievable divine intervention and now, like Ron, my life will never be the same.

I hope you will join me on Tuesday, September 26, 2017 and attend the Season of Hope event to hear the true story of Same Kind of Different as Me from Ron Hall himself. I pray that it will be the start of your own divine intervention that will change your life. 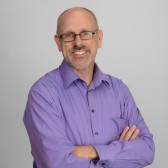 Gary Zandstra has been volunteering at Mel Trotter Ministries for nearly a year. Gary has a passion to help the local church by offering his expertise in facilities and production through Dan Vos Construction. Learn more about his work at garyzandstra.com.

The vision of Mel Trotter Ministries is to end homelessness in West Michigan, one life at a time, through the power of Christ.